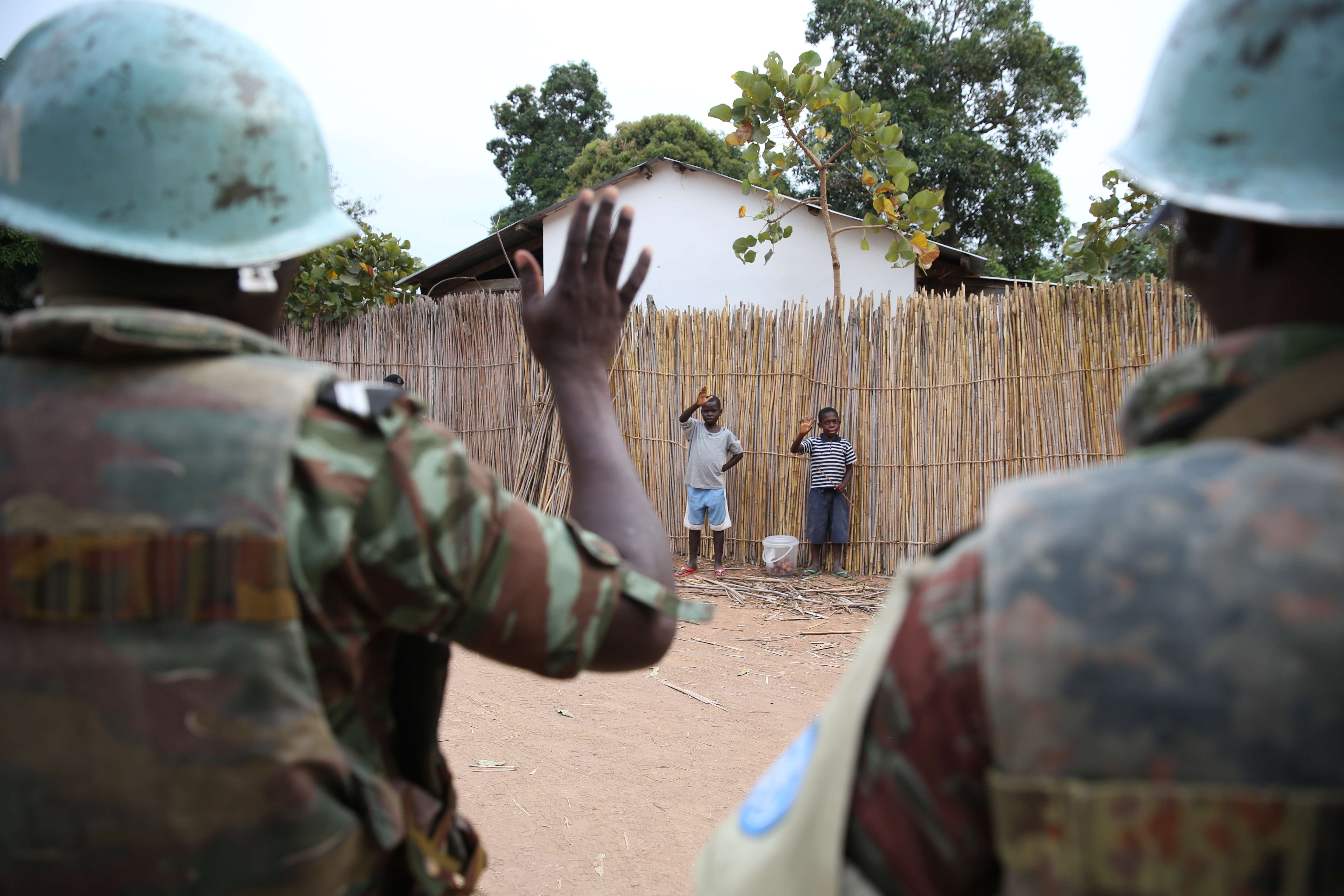 Together First Content
Download submission
Credited submissions (2)
Jake Sherman
How to Align Peacekeeping Mandates and Resources
Sabrina null White
Accountability for sexual exploitation and abuse in UN peacekeeping
Global catastrophic risk mitigated
Unknown risks
Risk multiplier managed
Conflict or political violence
Institutions that lack inclusivity or accountability
Implementation timeframe
Short term
Peace operations are predominantly state-centric. A significant portion of their efforts are focused on supporting the host government and state institutions, or threats to them. Placing people at the center of peace operations will make them more accountable and locally grounded.
Political will exists to realise this proposal


The idea of a shift towards more people-centered peace operations already holds broad political support. The Secretary-General’s Action 4 Peacekeeping Agenda (which over 150 member states have endorsed), the 2015 report from the High-Level Independent Panel of Peace Operations, the 2015 peacebuilding architecture review, the subsequent 2016 dual Security Council and General Assembly ‘sustaining peace’ resolutions, and the 2030 Sustainable Development Agenda have all put people at the centre. Therefore, to shift towards a more people-centred approach in peace operations does not need further approval from the UN member states in order to be implemented.

The Secretary-General’s Action 4 Peacekeeping Agenda also committed “to seek measures to enable greater coherence between mandates and resources.” Indeed, some tentative ad hoc efforts in the direction of institutionalizing a reporting requirement between the UNSC and the General Assembly's Fifth Committee have recently been tried, which could serve as a model for further institutionalization, allowing UN member states to draft more realistic mandates.


On sexual exploitation and abuse, the UN has already put nearly twenty years of effort in policy, technical and administrative changes to address the problem—such as Security Council Resolution 2272, the UN's 2008 Comprehensive Strategy on Assistance and Support to Victims of SEA and the 2017 victim-centred approach.

These efforts are considerable, but in too many cases they increase accountability to New York, not to the affected communities themselves, or pose administrative and technical approaches to crimes which should require accountability through a judicial response.


The next steps to make peacekeeping more answerable to conflict affected communities can be taken up via the review of Action 4 Peacekeeping that will take place in the latter half of 2020 leading to the Peacekeeping Defence Ministerial conference in Seoul in 2021. Supportive member states backed by civil society, should use this opportunity to advance this agenda.

(1) to meaningfully involve local actors by establishing advisory groups that provide input to and feedback on assessments, analysis, planning, implementation, programming and evaluations;

(2) to consider how the mission affects the everyday life of the people by engaging community and local CSO representatives in mission performance assessment processes;

(3) to make greater use of context specific local expertise by conducting participatory context and resilience analysis to identify the factors that drive local violence and harness existing capacities of local communities;

(4) to ensure that the engagement with local populations, civil society, and political parties are core parts of the mandate, and part of the core tasks of the SRSG, Political Affairs, Civil Affairs and other sections.

A host of other more technical solutions and approaches are contained in the linked proposals.


As we have seen in recent quagmires in Syria and Yemen, when it comes to peace and security our global system is publicly failing, with significant effects on the system’s credibility. A fix here is badly needed and, when found, can then be applied to other areas of work.

Making our global system more effective and open would also change where power lies within that system. Such a transformation could also open the door to push for further changes. We would like to see a dilution of power within international systems, to match the dilution of power that is happening more broadly within our multipolar world. Power no longer resides merely with sovereign states, and so that cannot be the limit of formal governance either


UN peacekeeping mitigates conflict in the short and medium term and helps to prevent large scale conflict. However, to create sustainable solutions over time, UN peace operations need to take local grievances into account and create space for societies to develop locally owned capabilities. By creating a more inclusive approach in the way these operations work, and by grounding them more in the local context, they are likely to more effective at reducing conflict and political violence in the long term.


Achieving a shift towards a more people-centered approach in peace operations requires a change in the mindset of the actors involved in how peace operations are conducted. This requires missions to enhance a participatory approach, which meaningfully engages local populations, civil society and political parties in Security Council mandates. These small steps, together, will have the collective effect of making peacekeeping more answerable to local conflict affected communities.

This recalibration of how peacekeeping works and who peacekeeping is answerable to could both be facilitated by and have knock-on implications for other aspects of peace operations. Various proposals we have received complement it. For example, when it comes to peacekeeping finance there is currently a disconnect between the process of drafting mission mandates and resourcing missions - with the consequence that missions are often not able to meet local needs. If UN peacekeeping were to institutionalize a reporting requirement by which the UNSC is informed of the operational implications on a peacekeeping mission mandate of all peacekeeping budgets approved by the General Assembly's Fifth Committee, this would mark an important step in resolving this problem.

Another vital area, both for its own reasons and because of the consequences it has for peacekeeping’s legitimacy and credibility is in its response to sexual exploitation and abuse perpetrated by United Nations troops and related personnel. Together First’s partner, the Mission Justice campaign has outlined a number of responses that are needed, including by improving the quality of investigations, holding perpetrators to account, and providing adequate redress and support to victims. In all cases the approach is similarly to reimagine what peacekeeping is for and who it is accountable to: by placing the people at its heart.