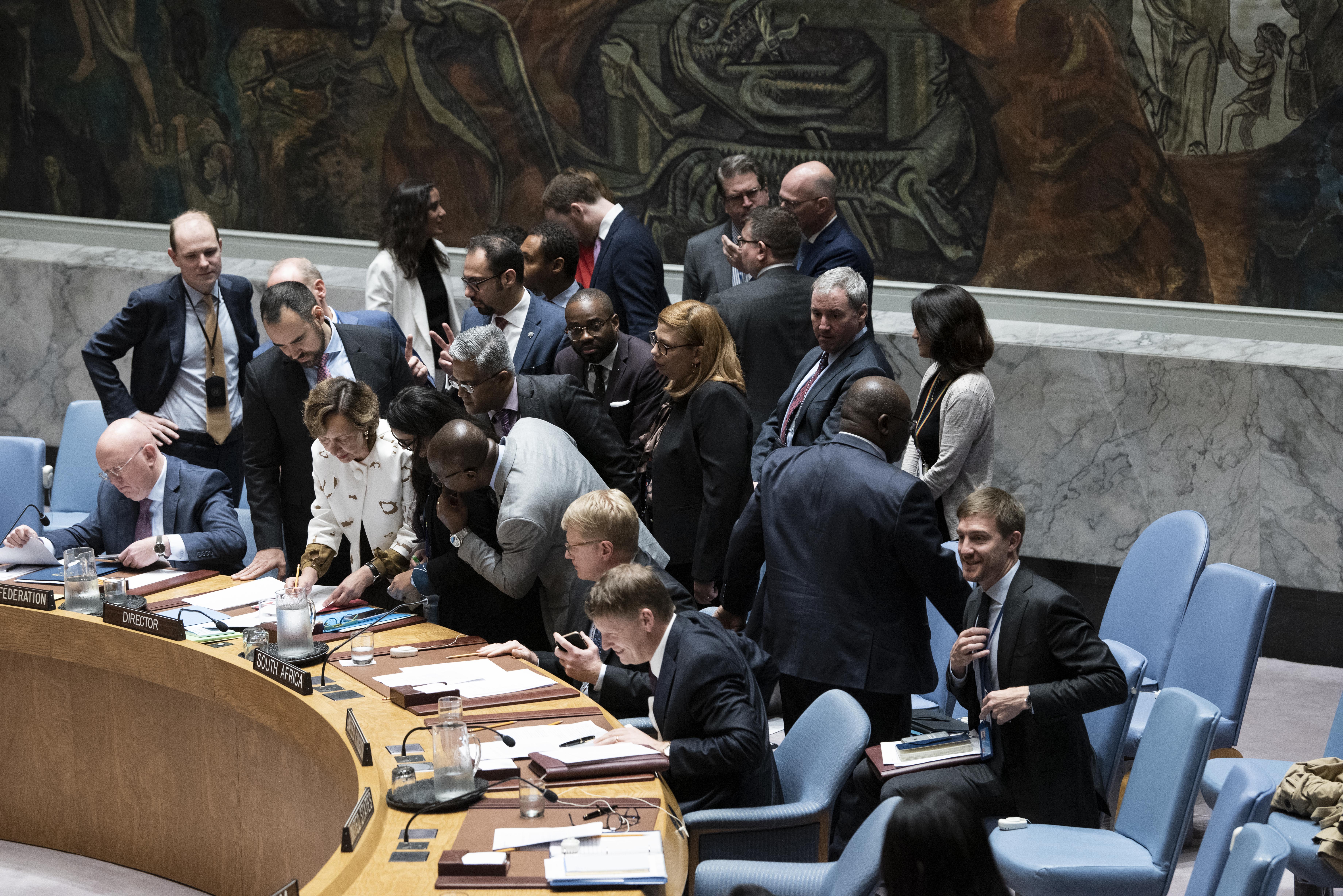 Together First Content
Download submission
Credited submissions (1)
Mona Ali Khalil
Working measures to make the Security Council more effective
Global catastrophic risk mitigated
Climate change
Eco-system collapse
Pandemics and anti-microbial resistance
The threat from new and emerging technology
Unknown risks
Weapons of Mass Destruction
Risk multiplier managed
Institutions that lack inclusivity or accountability
Conflict or political violence
Implementation timeframe
Short term
There is a pressing need to ensure that the Security Council does its job more efficiently and effectively. If it cannot, then it is important that those duties be discharged elsewhere in the international system - moving to regional bodies, the UN General Assembly, Human Rights Council or specialist institutions such as the Organisation for the Prohibition of Chemical Weapons.
Decision makers and implementers


The proposals are in the gift of the Secretary-General and member states. A majority of Member States have indicated support for each of these measures in one form or another.

While the Secretary-General has not formally invoked article 99 in recent years, he has drawn matters to the Security Council’s attention, most recently in his August 2017 letter concerning the situation in Myanmar (S/2017/753). He can and should use his Charter authority more frequently.

Political will exists to realise this proposal


While the Uniting for Peace mechanism has been used 10 times in the past, it has not been initiated since 1997. It’s clear that there is support for an approach of this kind: many member states have strongly urged permanent members of the Security Council to refrain from using the veto in situations involving mass atrocity crimes. In particular, over half the UN’s membership have indicated support for the France/Mexico Initiative and the ACT Code of Conduct Regarding Security Council Action Against Genocide, Crimes Against Humanity or War Crimes.

The Security Council’s established practice of convening Arria-formula meetings can be used to invite all legitimate parties to conflicts in order to give voice to non-State parties committed to peaceful resolution of conflicts. A number of states have indicated strong support for reforming the penholder system including in a June 2018 draft note from Russia and a letter of 13 November 2018 from the elected and incoming members of the Council. The United Kingdom has itself taken some steps to share the pen on certain issues like Sudan.


Opportunities such as the UN75 global dialogues should be used to restore confidence in multilateralism in general and the United Nations in particular. The political declaration from member states for UN75 will inevitably mention the need for Security Council reform, but rather than reworking old ground it should seek to advance this agenda.

It is a good time to recommit to the UN Charter and to a strong, credible and effective United Nations where the UN Secretary-General, the UN Security Council, the UN General Assembly and all UN Member States live up to the promise and the responsibility to take “prompt and effective action” for the maintenance of international peace and security, for the protection of civilians and for the rule of law and justice.

We therefore intend to push supportive member states and coalitions of states to champion this cause in this crucial 75th anniversary year.


As we have seen in recent quagmires in Syria and Yemen when it comes to peace and security our global system is most publicly failing, with significant effects on the system’s credibility. A fix here is badly needed and, when found, can then be applied to other areas of work.

Furthermore, the Covid-19 crisis has made it clear that we need to think differently more holistically about security and how we manage risk. The threats we are prepared for are not the most dangerous of the threats we face. So by reforming our global system’s approach to peace and security we can reform the system itself.

When it comes to the architecture of our global system, the General Assembly, the most egalitarian body within our global system, should take a greater role and the Security Council - wedded to the power relations of 1945 - a lesser one. As global superpowers fade into regional superpowers, regional bodies should come to the forefront and mechanisms for regional and international bodies to work together - with the African Union on Peacekeeping, with the G7 on reducing carbon emissions - should be strengthened.


As perhaps the most visible and one of the most heavily criticised parts of our global system, the UN Security Council has done much to test peoples’ faith in international institutions, and little to prevent the most egregious acts of human behaviour. The Security Council has been unable to secure accountability for atrocities in Myanmar, a ceasefire in Syria, or even - thus far - a resolution on Covid-19. There is a pressing need to ensure that the Security Council does its job more efficiently and effectively, or else that those duties be discharged by those parts of our global system that can.

2. For the UN Secretary-General to make greater use of his powers under article 99 of the UN charter to set the agenda of the Security Council and to push them to accept briefings from relevant officials.

3. For the UN Security Council to adopt more open and inclusive working methods: sharing out drafting responsibilities with the non permanent members and providing greater opportunities for engagement with civil society and non state groups.