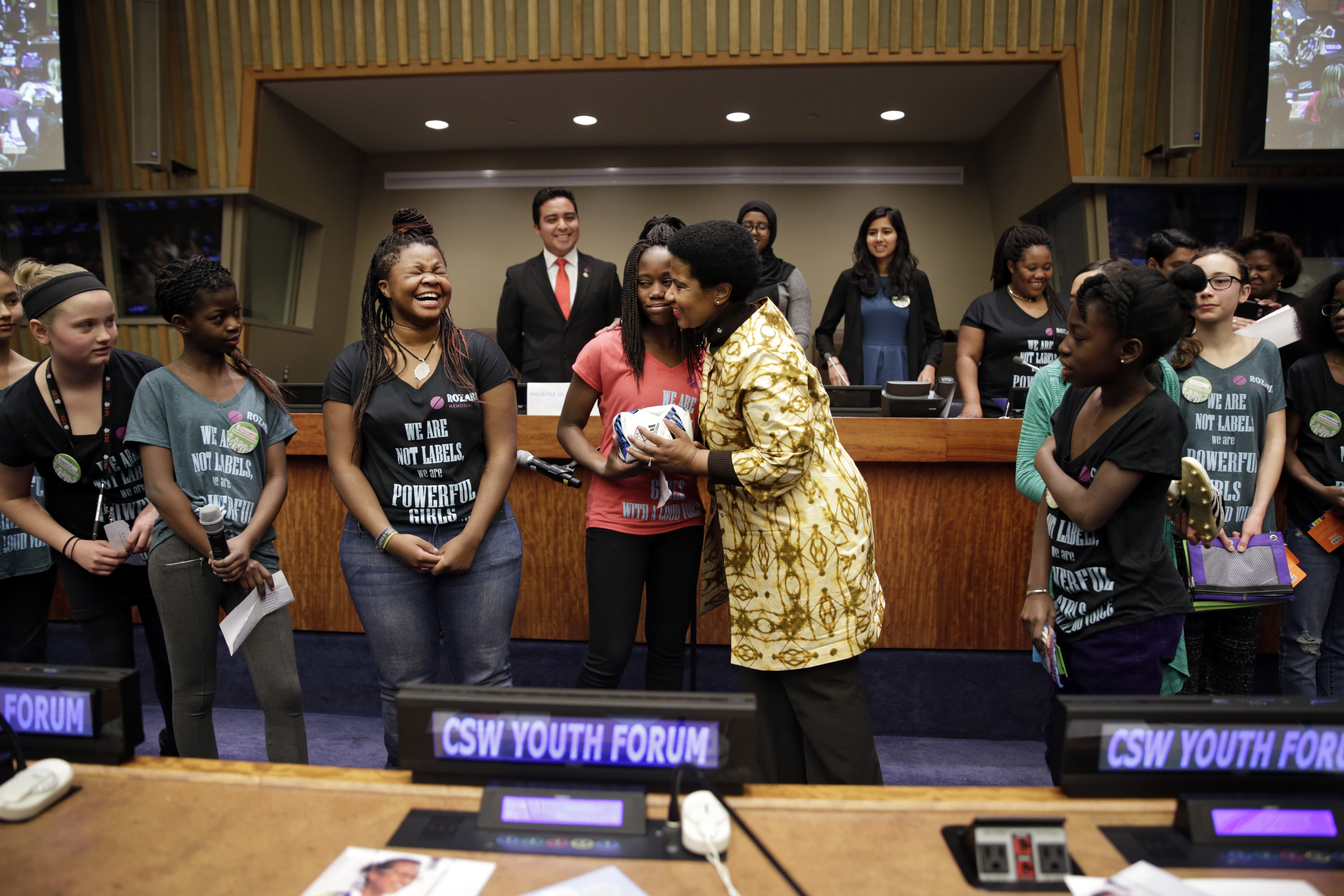 Together First Content
Download submission
Credited submissions (2)
Anja Olin Pape
Youth advisory body in the UN
Maude Gorman
Utilizing Youth Leadership in Global Governance and Multilateralism
Global catastrophic risk mitigated
Climate change
Eco-system collapse
Pandemics and anti-microbial resistance
The threat from new and emerging technology
Unknown risks
Weapons of Mass Destruction
Risk multiplier managed
Institutions that lack inclusivity or accountability
Conflict or political violence
Implementation timeframe
Short term
As Secretary-General Guterres said “young people are an enormous asset to our societies. We must cherish them, invest in them and empower them.” Our international system needs to better develop its mechanisms for engaging with youth through a youth advisory body.
Political will exists to realise this proposal


There is some support for this proposal. The idea won “The Future Policy Bronze Award 2019” given by the Inter-Parliamentary Union (IPU), the United Nations Development Programme (UNDP), with the support of the Office of the UN Secretary-General’s Envoy on Youth, the International Labour Organisation (ILO) and Youth Policy Labs.

However, there is currently a huge latent potential in that so many states and institutions recognise that there is an enormous deficit when it comes to youth engagement and governance - this has been one of the primary findings of the UN’s UN75 dialogues - but no consensus as to how best to meet this need. Important questions with regards to selection of representatives, structure of the body and how it would related to existing mechanisms require further consultation.

Therefore a two step approach is required, where first a consensus is developed via the UN75 process as to the nature of the problem and the desirability of this solution, and then a campaign is launched to implement the solution.


Erskine Childers once pointed out that the United Nations Charter starts with the words “we the peoples” but then the peoples are scarcely heard from again. The population at large feels alienated from the work of our international institutions, and this sentiment has been exacerbated by the recent upsurge in populist nationalism. Not only does this place the entire system at risk of collapse by calling its legitimacy into question, but it seriously limits our international institutions’ efficacy. The UN Secretary-General identified this as one of the four major challenges facing the world in a speech at the start of 2020.

Meaningful change is no longer delivered by states or institutions alone, but in complex partnerships involving large numbers of individuals and organisations from overlapping political, commercial and voluntary institutions. This idea that partnerships are vital for shaping the world we want by 2030 is expressed in Sustainable Development Goal 17.

Stronger engagement is needed with citizens: the public, civil society, the private sector, local and regional government are essential for not only making the system we have work, but also to building a better system

This proposal would mark a step towards improved relations between our global system and the people it was set up to serve.


The Advisory Council on Youth should report to the General Assembly of the UN and closely cooperate with the member states on topics relating to the three pillars of the UN’s work - particularly with respect to the Youth Peace and Security (YPS) agenda. This would not only have inherent value, but would unlock the flexibility, technical knowledge and connectivity of young people to address these issues in a more creative and effective manner.


One model for such a system is provided by the Council of Europe where young people are organised in an advisory council, elected by other young people, and empowered with equal decision-making rights as their counterparts (governmental representatives dealing with youth).

Such an advisory body could be connected to the UN General Assembly as a “7th committee”, as a mechanism established by the General Assembly (such as the Human Rights council) or, perhaps in the first instance, as an informal mechanism in parallel to the General Assembly. To add to its impact and efficacy it would work closely and supportively with the Secretary-General’s envoy on youth, the UN major group for children and youth, other UN Youth programmes (such as UNEP Young Champions of the Earth, UNODA Youth Champions for Disarmament, UNODC Youth Initiative, UN Young Leaders for the SDGs, UNESCO Youth Forum. UNV/ UNICEF Advocates, and the UN Youth Delegate programme) regional youth bodies such as the European Youth Forum and the Iberoamerican Youth Organization and existing youth networks such as the Model United Nations network and the youth elements of the global community of United Nations Associations.

A youth advisory body would have a twofold mandate, firstly to ensure that the work the UN does on youth is on point and meets the needs and rights of young people. This would support the implementation and follow-up of the UN youth strategy and ensure a bottom up approach as well as develop different standards to promote youth participation and young people’s access to rights in the member states. Secondly, the youth advisory body should also be mandated to mainstream youth across the UN system, ensuring that young people are represented in all areas that concern youth, and that young people with different backgrounds are heard in the development of the UN system, the implementation of the UN Agenda 2030 and all other strategic operations of the UN.