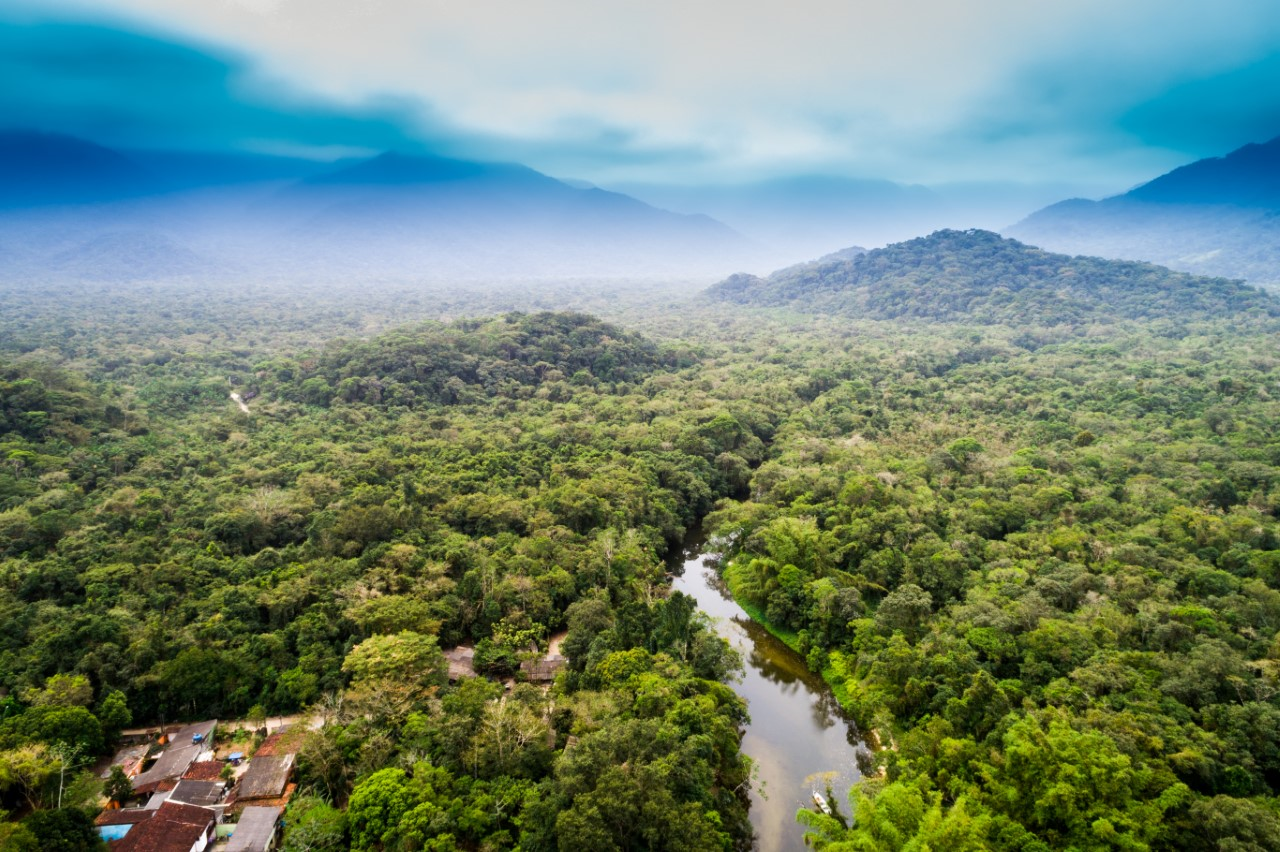 The Amazon paradox: Recognising the global contribution of regional ecosystems is vital to combatting climate change and environmental collapse.

By Paulo Magalhães, Will Steffen and Alessandro Galli

Through the UN’s 75th anniversary process in 2020 (UN75) and the build-up to the UN Conference on the Human Environment in 2022 (Stockholm+50), the next couple of years present crucial opportunities for countries to improve the international system’s ability to cope with the challenges facing humanity.  There could hardly be a more important mission for states to pursue than the legal recognition of the Earth System and its benefits as vital enablers of life on Earth.
Over the past few weeks, a global debate has gained the attention of the media and civil society because the Amazon forest, known for its critical function in the global carbon cycle and hence the climate system, has been burning on a scale never seen before. This event has made people around the world feel that these fires may directly affect our quality of life and our future. Furthermore, they have triggered renewed discussion about the legal status of this ecosystem, which has turned into a diplomatic argument between Brazil and France. What is not known – and thus not discussed – is that the crisis in the Amazon is essentially the result of an unsolved paradox in international law. This is the key question in the origin of the so-called climate emergency: the legal, and consequently socio-economic, invisibility of the intangible biogeochemical work of nature.
The fact that the functional importance of the rainforest, although intuitively understood by all, is legally non-existent has stirred a fundamental conflict between the concept of tangible territorial sovereignty - which has clear defined territorial boundaries - and the global functioning of the Earth System, which is global and indivisible.  Thus, the functioning of the Earth System, vital for human well-being, does not respect territorial boundaries.
The Amazon, as one of the terrestrial ecosystems most critical for the maintenance of a well-functioning Earth System, is inevitably at the centre of this paradox. There is a contradiction between its true value for humanity, and the way in which today’s economic system recognizes value and wealth creation. The outstanding ecological importance of the Amazon cannot be measured in km2 cleared, or tons of timber, soy or meat produced; rather it should be measured in terms of the total amount of biogeochemical functions that this ecosystem contributes to functioning of the Earth System as a whole. The fundamental role of the Amazon in the functioning of global biogeochemical cycles, and hence the stability of the Earth System, is incomparably higher than the value of the commodities that can be extracted from it. Unfortunately, because the “goods and services” (a stable Earth System) in which those biogeochemical benefits take place does not exist from a legal standpoint, this natural “work” is likewise legally non-existent and hence considered as "external" and invisible to the economy. In other words, because this intangible work is spread across the globe in a highly interconnected fashion, we cannot touch it, divide it or store it. Thus, it is ignored by the law and considered an externality to the economy.

In the over 30 years of climate negotiations, there has been a systematic omission of the most basic requirement that makes possible any human enterprise: an appropriate legal environment. In other words, we need a legal framework that recognizes the existence of a common good inside and outside of all national sovereignties, one that is subject to depreciation or qualitative improvement by means of human actions.  Therefore, the Earth System - our common home - should be protected by a legal framework that organizes its use and maintenance.
The composition of highly complex atmosphere of the Earth was created and is continuously regulated by life, with a critical contribution made by the Amazon. How is it therefore possible that the value of a territory like the Amazon only becomes visible in the GDP of Brazil, Guyana, French Guiana, Suriname, Ecuador, Colombia, Venezuela, Bolivia or Peru, once it is destroyed and transformed into timber or grazing land? Is the value of soy higher than the intangible contribution made by the Amazon in contributing to the regulation the chemical composition of the atmosphere, and hence the stability of the climate? How should this globally important biogeochemical work, produced inside a small number of sovereign states,  be recognized and valued by all the other countries, which benefit from the work?
The fundamental problem is that the legal invisibility of this common global good has led to the current, and predominantly negative, approach to the climate issue and to the ineffectiveness of current international law, which does not recognize the benefits emanating from ecosystems on the intangible global good – the Earth System. This negative approach condemns those countries that have been historically gifted with a piece of this amazing ecosystem to destroy parts of it to generate “wealth” for their GDP and “value” for their economy. For this reason, the Amazon represents a perfect example of the legal dysfunctionality that underlies our economies, which – as Mariana Mazzucato puts it – are focused on extracting value rather than creating it.[1]
Now it is possible to scientifically define the key processes that underpin the functioning of the Earth System and the limits to human degradation of those processes – the planetary boundaries – and quantitatively measure the favourable bio-geophysical state corresponding to a well-functioning Earth System - the safe operating space for humankind. We now have the necessary technical conditions to underpin legal recognition of the well-functioning state of the Earth System as an intangible object of international law.  A well-functioning Earth System, by being global and indivisible, should belong to all humanity – a common heritage of humankind.
Why then do we keep on considering the planet solely as a territory in which the common parts are what’s left over after the drawing of State boundaries, when we know that what distinguishes this planet from the others is the fact that the Earth is a single, planetary-scale living system?
Although intangible, this living planetary system - the Earth System - must be represented within the international legal system, as a common good. Based on this new global legal object, it should be possible to build an environmental accounting system capable of capturing what the economy today considers as externalities (positive – like the biogeochemical work of the Amazon - and negative, like pollution). In this way, we could build the necessary structural conditions to support effective collective action at the global level.
[1] See M. Mazzucato, 2017. The Value of Everything. https://marianamazzucato.com/publications/books/value-of-everything/
Share this article