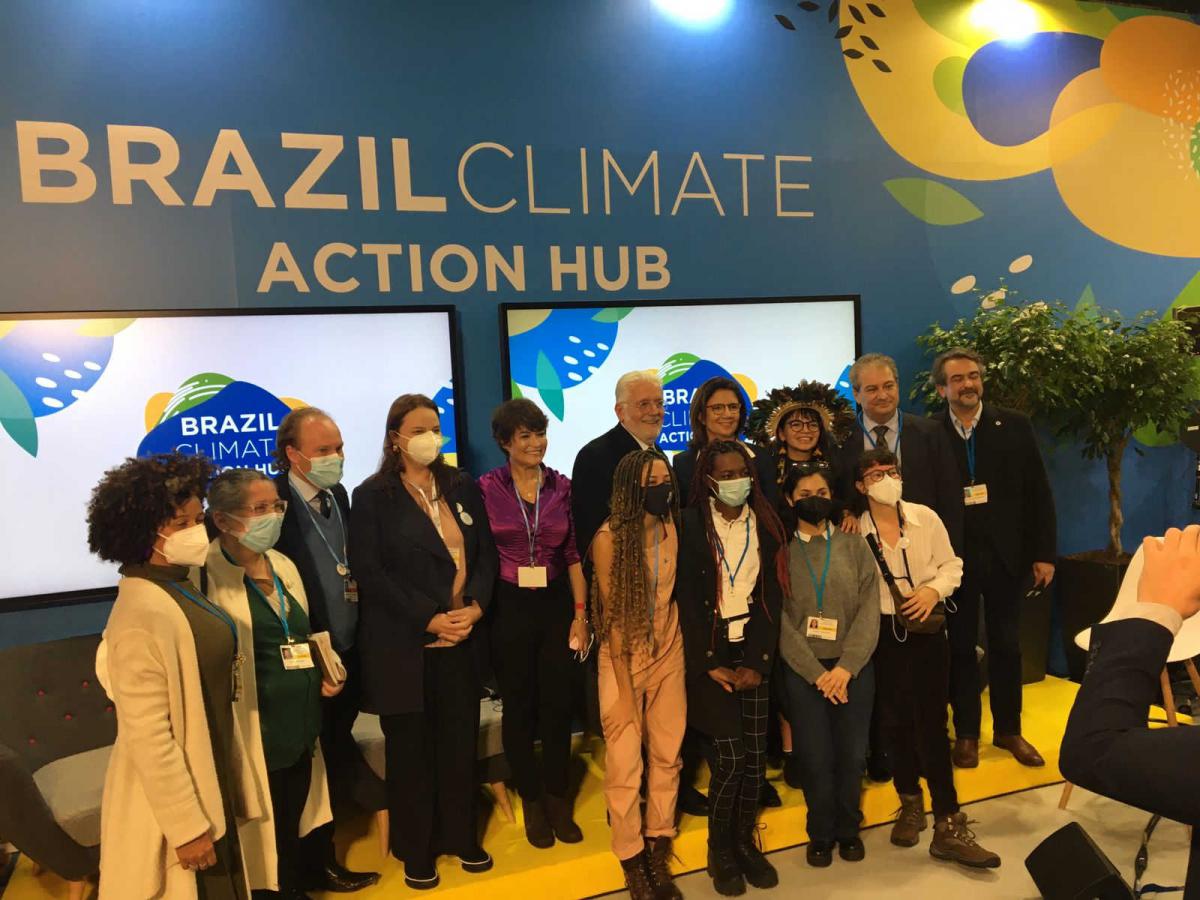 In order to ensure civil society organisations are able to inform, assess, and oxygenate international climate negotiations, concerted effort must be made by all parties to take concrete steps towards better incorporating civil society actors in climate-related spaces, including COPs.

The 26th edition of the United Nations Climate Change Conference (COP26), held in Glasgow, confirmed not only the urgency of implementing the Paris Agreement, but also the importance of consolidating an inclusive international climate decision-making process. If the world is to achieve the goals and commitments set out in Paris, civil society must be seated at the table, rather than be sidelined. Inclusion of the direct knowledge-holders and bearers of climate-related adversities is essential for governing bodies to unlock sustainable and resilient ways of tackling the twin crises of climate change and the loss of biodiversity.  Conversely, their exclusion renders negotiations more opaque and less effective.
As noted in the report "Enhancing civil society participation in international climate decision-making: Perspectives from the Global South," launched at COP26 by Plataforma CIPÓ and Together First at an event held at the University of Glasgow, civil society has repeatedly warned that frontline voices, especially those from the Global South, are often left out of key negotiation spaces. Even during the period leading up to the COP26, several organizations, including the Climate Action Network (CAN) either called for a boycott or a postponement of the conference. Activists expressed concern that delegates from the most vulnerable countries face exclusion prompted by vaccine inequalities, as well as financial, logistical, technological, linguistic and political hurdles to participation.
In Glasgow, and especially early on in the conference, civil society organizations (CSOs) often found themselves unable to access negotiation spaces within the designated ‘blue space’ zone, calling into question the legitimacy of the conference. Such gaps also undermine the effectiveness of negotiations around key topics such as climate financing, loss and damage, and carbon markets. It is the often-marginalized voices, such as indigenous peoples, youth groups, and women's networks, that are the most directly affected by climate change. By sharing their unique insights and recommendations, they offer the best-placed advice to ensure that negotiations remain people-centered.
Despite the barriers to observing and influencing formal negotiations in Glasgow, CSOs played a key role in calling attention to neglected aspects of climate action, including climate and environmental racism. Whether in the blue zone, green zone, or in parallel events, CSOs organized hundreds of debates, demonstrations, and cultural events. For instance, the Brazil Climate Action Hub, a space organized by Brazilian civil society, gathered delegates from all sectors to debate topics such as climate and cities, climate paradiplomacy, and illegal deforestation. Outside of the formal conference grounds, the People's Summit, a gathering of activists, organised protests, held talks and workshops on climate justice.
In order to ensure that CSOs are able to inform, assess, and oxygenate international climate negotiations, concerted effort must be made by all parties to take concrete steps towards better incorporating civil society actors in climate-related spaces, including COPs. The outcomes of each conference cannot be summed up by agreements alone; how the objectives are achieved is just as important. At a practical level, this means dismantling the logistical, financial, and cultural barriers to participation; prioritizing local wisdom and knowledge; facilitating South-South cooperation; creating more reliable and institutionalized channels for meaningful participation -- not to mention fulfilling the climate financing, mitigation, adaptation and resilience commitments being made during and between these events. Failure to ensure participation by civil society widens the gap between COP goals and attainments, only by ensuring inclusive climate governance can climate action be made more just and effective.