A world free from nuclear weapons 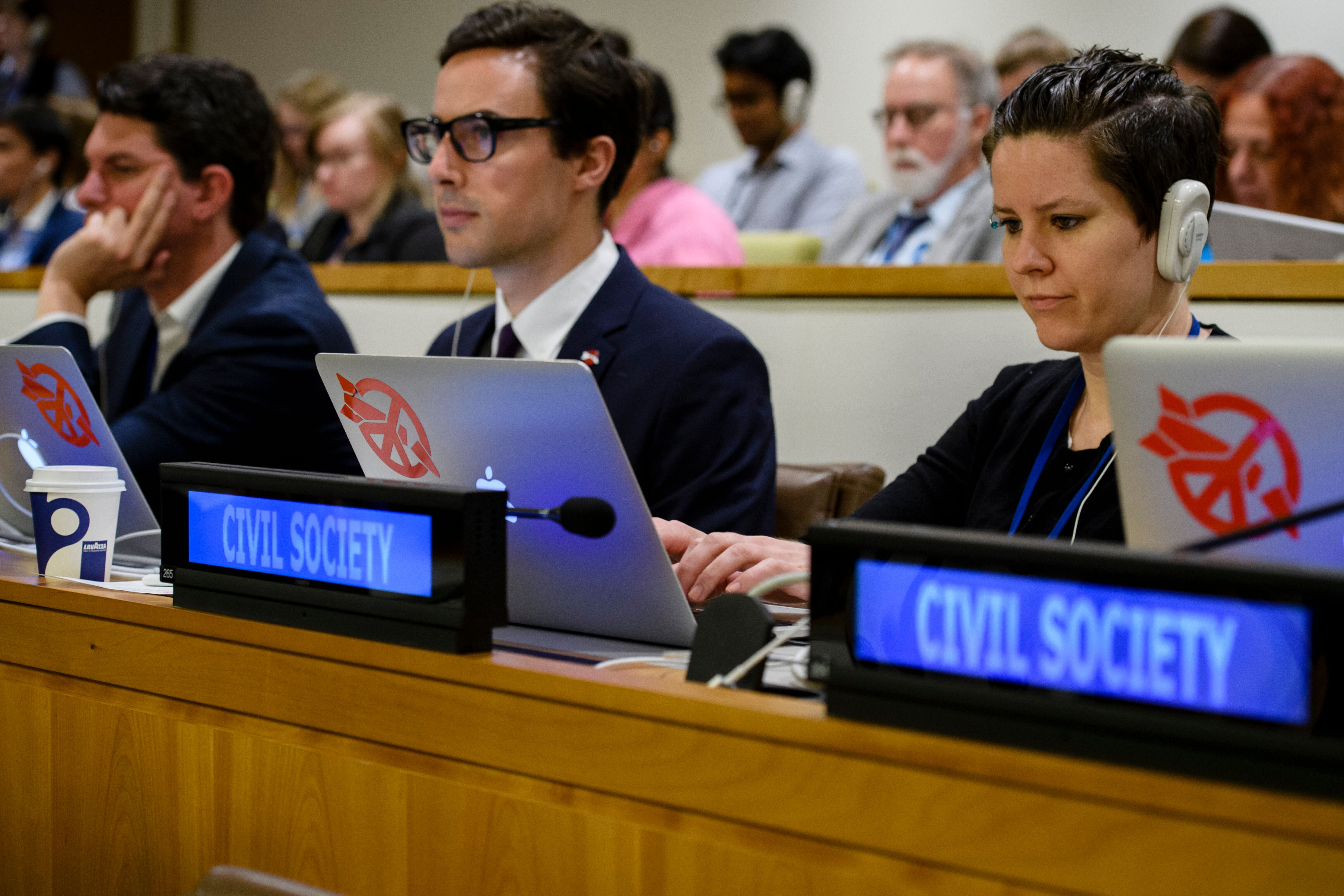 Beatrice Fihn of the International Campaign to Abolish Nuclear Weapons (ICAN) explains that the governance mechanism for a nuclear-free world already exists. It is called the Treaty for the Prohibition of Nuclear Weapons, already has significant political support, and can play a powerful role in stigmatizing, delegitimizing and eventually eliminating nuclear weapons

Over the past few years, warning bells have again sounded as the nuclear-armed states have entered a new nuclear arms race. In the last two years alone, nuclear arsenals in China, North Korea, and Pakistan have grown and Russia and the United States have increased significantly their expenditure on nuclear weapons technology. The US and Russia have both recently withdrawn from the Intermediate Range Nuclear Forces Treaty (INF), and days after its formal expiration, the US resumed testing such missiles. Russia and the US may also be expanding their non-strategic nuclear weapons capabilities.

After the commitment of what collectively amounts to several trillion dollars to the development and production of nuclear weapons, the world is once again witnessing the birth of a nuclear arms race.  High-tech developments in the military such as cyber operations and artificial intelligence further increase the risks and unpredictability of existing nuclear arsenals.

It was against this backdrop that a humanitarian disarmament movement grew, based on the need to take discussions about nuclear weapons away from narrow concepts of national security and towards the effects of these weapons on human beings – on health, on societies and on the environment on which we all depend for our lives and livelihoods.  Following six years of collaboration on this humanitarian initiative between states, international organisations and with ICAN as a committed and determined civil society partner, states decided to convene a United Nations diplomatic conference in 2016 “to negotiate a legally-binding instrument to prohibit nuclear weapons, leading towards their total elimination”.

On 7 July 2017, 122 states adopted the UN Treaty on the Prohibition of Nuclear Weapons (TPNW). This marked the first time a global treaty has outlawed the possession and use of nuclear weapons, and reflects frustration that despite legally-binding agreements to prohibit biological and chemical weapons, no similar disarmament treaty existed on the third, and most devastating, weapon of mass destruction. The Nuclear Non-proliferation Treaty (NPT) placed some limits on their further spread, but has not succeeded in eliminating them; the parallel and compatible process of prohibition can provide fresh energy for the implementation of the duty the NPT places on nuclear states to disarm.

Once the TPNW enters into force (expected in 2020), the first 50 states parties will be pushing hard to persuade states covered by a nuclear “umbrella” and the nuclear-armed states to renounce nuclear deterrence and come on board. No one—whether state or non-state—is under any illusions about the challenges that lie ahead in achieving this breakthrough, but equally no one is blind to the urgency of the need, with the world standing on the verge of a new nuclear arms race.

The TPNW is a groundbreaking new way of addressing increasing concerns of nuclear weapons use. It is a comprehensive disarmament treaty, prohibiting all development, possession, transfer, and use, and requiring the verified destruction of any stockpiles. In that way, it resembles the conventions that prohibited biological and chemical weapons.

However, this treaty was initiated and negotiated by non-nuclear weapon states despite stark opposition of the few nuclear-armed states. Through an active civil society campaign and close cooperation with governments and international organisations, the international community used the United Nations General Assembly to launch these negotiations, circumventing the usual veto of the permanent members of the Security Council.

This treaty is a powerful tool that the majority of states in the world can utilize to shift power dynamics and create new norms that changes behaviour. While the nuclear-weapon states stayed away from the negotiations, this treaty has managed to significantly increase pressure on the nuclear-armed states and perhaps more importantly, the nuclear allied countries.

With this treaty, nuclear weapons will be increasingly seen as illegitimate, losing their political status. Arms companies will find it more difficult to work on illegal weapons since such work will increasingly carry a significant reputational risk. Banks, pension funds and other financial institutions will start divesting from companies producing nuclear weapons and make it a financial burden to be involved in such activities.

In recognising that the majority of states in the world are setting clear norms for what kind of behaviour is acceptable – even if the most powerful will not participate – the TPNW is a powerful example of what democratisation of global governance could look like.

At a time when nationalism and authoritarian leadership are back and such leaders are undermining multilateralism and cooperation, the solution does not lie in adjusting our expectations to the lowest common denominator. Instead, as the TPNW shows, this is the moment when the progressive majority moves ahead and creates new norms and shapes behaviour to lead the world forward.

The TPNW is an example of progressive multilateralism and every government that joins it will contribute to stigmatizing, delegitimizing and eventually eliminating nuclear weapons.