A way around the veto; a path to action 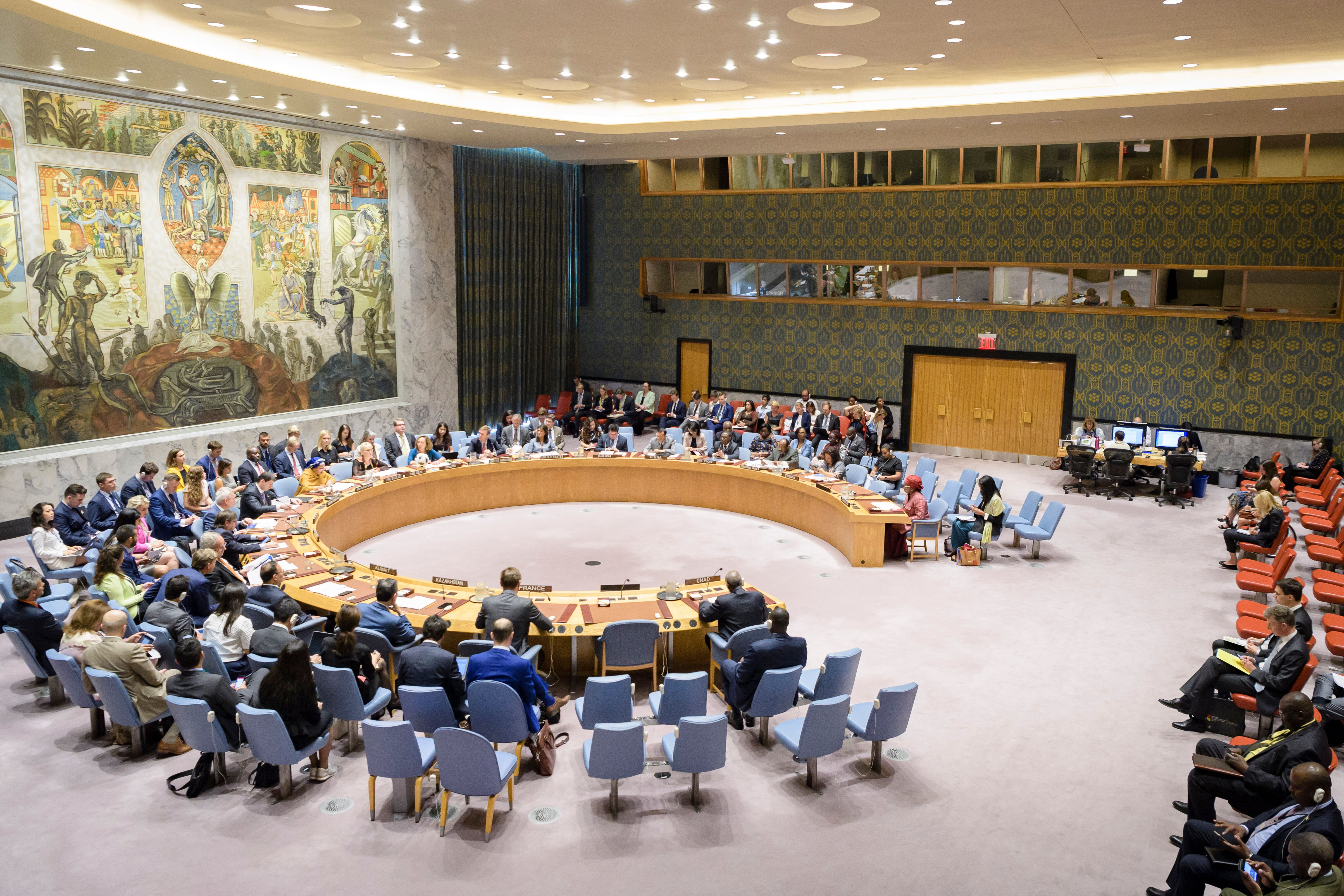 An essay from Mona Ali Khalil, Director of MAK LAW

With the rise in the use of vetoes in the past decade, the UN Security Council has failed to take effective action to stop the ongoing violence in Israel/Palestine, Myanmar, Syria, Ukraine, Venezuela and Yemen. The UN General Assembly and its Human Rights Council have sought to address the mass atrocity crimes by establishing International Impartial and Independent Investigation Mechanisms for Syria and for Myanmar respectively. With the UN General Assembly seeking to take a more active role in peace and security perhaps “Uniting for Peace” is a mechanism whose time has come again.

Mona Ali Khalil explores the extent of the authority of the UN General Assembly to act when a veto by one or more permanent members blocks the UN Security Council from fulfilling its responsibility to maintain international peace and security. With the repeated failures of the UN Security Council to fulfil its responsibility to protect civilians in the face of mass atrocity crimes -- including genocide, war crimes, ethnic cleansing and crimes against humanity ---fresh in our minds and hearts, she revisits the “Uniting for Peace” resolution as a way around the veto and a path to principled action to save civilian lives.

When a veto is exercised by one or more of the five permanent members of the UN Security Council, the Security Council is prevented from fulfilling its primary responsibility to take prompt and effective action to maintain international peace and security in accordance with the Charter of the United Nations.  No state should ever be allowed to prevent the Security Council from discharging its responsibility in the face of mass atrocity crimes. And yet, as we have seen repeatedly in recent years, the veto has blocked the international community from fulfilling its vow to “never again” allow genocide, war crimes, ethnic cleansing and crimes against humanity to continue unpunished and unabated

Conversely, other States should not seek to uphold the UN Charter by violating it. As provided in Article 51 of the UN Charter, the use of force is lawful only in self-defense or as authorized by the Security Council. In the absence of a credible claim of self-defense, the unauthorized use of force would not only violate Article 51 of the UN Charter but would also undermine the relevance and credibility of the United Nations itself.  By contributing to a dangerous erosion of the world’s peace and security architecture, paralysis in the Security Council opens the door to further impunity and to ever-increasing threats and violations of international law.

As such, where a veto by one or more States prevents the Security Council to respond to mass atrocity crimes, it would be far better for Member States to refer the matter to the UN General Assembly pursuant to resolution 377(V), also known as the “Uniting for Peace” resolution, than to resort to unilateral action or “coalitions of the willing”.

In its “Uniting for Peace” resolution, the General Assembly “resolve[d] that if the Security Council, because of lack of unanimity of the permanent members, fails to exercise its primary responsibility for the maintenance of international peace and security…, the General Assembly shall consider the matter immediately with a view to making appropriate recommendations to Members for collective measures, including in case of a breach of the or act of aggression the use of armed force when necessary, to maintain or restore international peace and security”.

If the doctrine of the “Responsibility to Protect” is to have any meaning -- in particular, if the international community is to fulfil its stated responsibility to protect civilians from mass atrocities -- then the systematic or large-scale commission of acts of genocide, war crimes, ethnic cleansing and/or crimes against humanity must be deemed a “breach of the peace” within the meaning of resolution 377(V). As such, the latter could and should, if the General Assembly so decides, provide a legal basis for collective measures, including the use of armed force as a last resort when and where deemed necessary.

Moreover, if the obligation to ensure respect for the Geneva Conventions under Common Article 1 of those conventions is to have any meaning, then UN Member States, as High Contracting Parties to the Geneva Conventions, must not let the veto or threat thereof become the only rule of international law enshrined and respected by the international community. The obligation to ensure respect for the sanctity of civilian life under customary international law -- including to prevent or stop mass atrocity crimes whenever and wherever they are ongoing -- should be as enforceable a legal principle and as binding a rule of law, if not more so.

The veto should not be the only element of the post-WWII legal architecture that is still respected nor should it be allowed to hold that entire architecture and the will of the international community hostage to the whim of a single State.

Mona Ali Khalil is the Director of MAK LAW – an international strategic consulting service and an Affiliate of Harvard Law School Programme on International Law and Armed Conflict.  She is a former Senior Legal Officer of the UN and the IAEA. She has a B.A. and M.A. from Harvard University and a Masters in Foreign Service and Juris Doctorate from Georgetown University. A prior version of this article first appeared in Opinio Juris on 22 November 2018.