A seat at the table for civil society 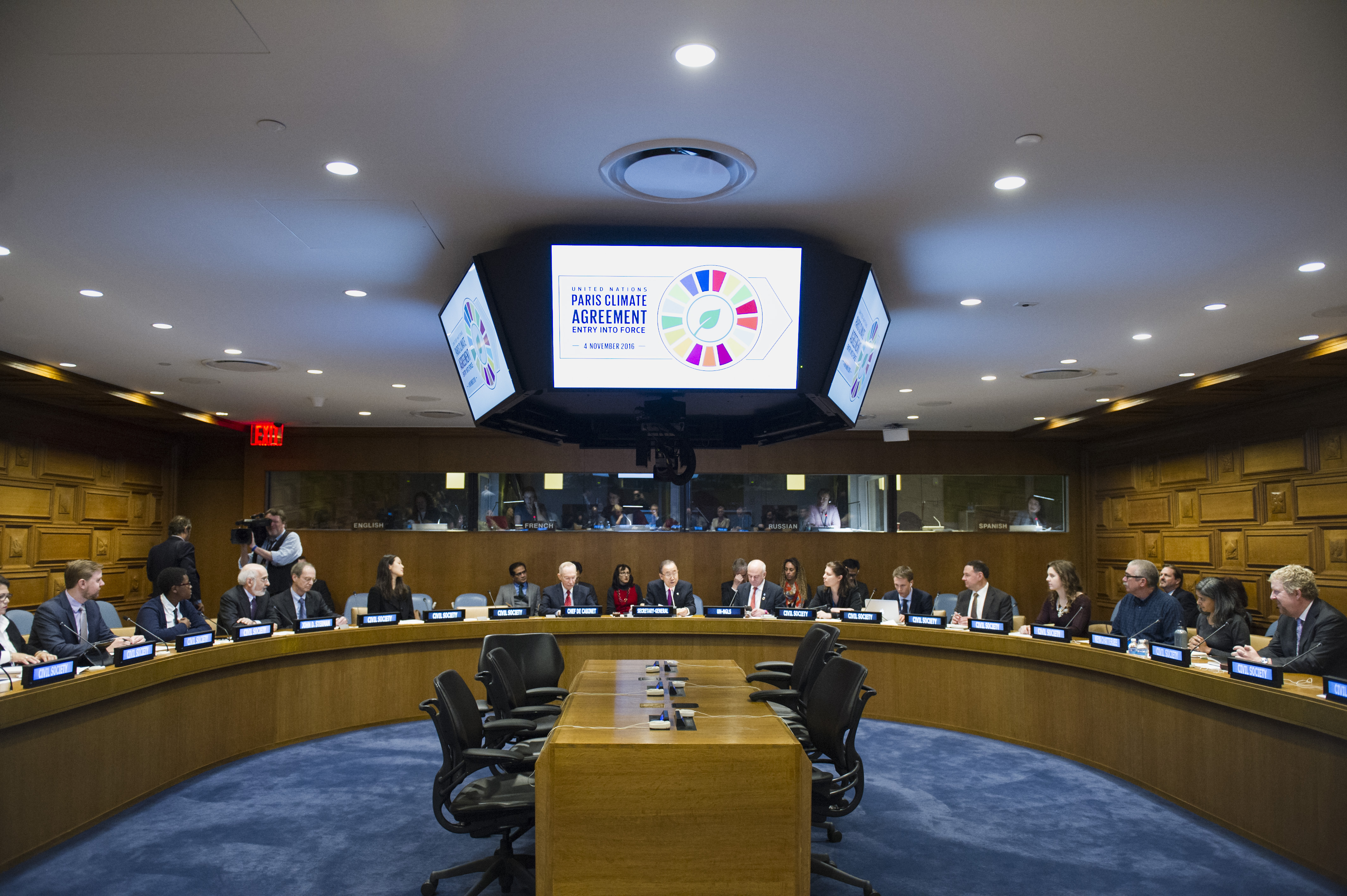 An essay from Lysa John and Mandeep Tiwana

Lysa John and Mandeep Tiwana, CIVICUS’ Secretary-General and Chief Programmes Officer, outline the pressures on civil society, how the UN could help support them, and how they in turn could support the UN. They highlight the need for better coordination between the UN and its key stakeholders, and a new post of Under-Secretary-General for Civil Society to spearhead that coordination

2019 may well be remembered as the year in which ordinary citizens finally lost patience with incremental changes and called for the bold and urgent actions we need to address the challenges we face. To date, we have witnessed citizen-led protests from Bolivia to Hong Kong, Sudan to the United Kingdom, as well as school strikes in over 100 countries as young people demand decisive action to combat climate change across.

Since fundamental change requires fundamental shifts in the way power and resources are traditionally organised, it is hardly surprising that the places where these efforts for change are located are outside the spaces dominated by established development actors. Take inequality: too many development experts see it as a technical problem rather than as a grave human rights violation best addressed through radical people-centred action. How else can one explain the reality of 1 in nine people or 821 million going to bed hungry every night in times of unprecedented wealth creation and technological advancement? Could it be that such situations persist because an overwhelming majority of the globe’s populations are constrained by the political systems within which they live?

Evidence from the CIVICUS Monitor, a participatory platform that measures fundamental civic freedoms, shows that only 4% of the world’s population live in countries where the freedoms of  expression, association and peaceful assembly are adequately protected despite these rights being protected by the constitutions of most countries and under international law. Civil society worldwide is facing a slew of cascading restrictions on its ability to operate. Our State of Civil Society reports highlight that in recent years powerful interests on every continent are actively colluding to undermine obligations and commitments painstakingly secured by activists and public servants working together to lay the foundations for just, peaceful and sustainable societies.

Worse still, the brunt of repressive and often violent actions that seek to reverse progress is being borne by discriminated groups and communities. These include women, migrants, refugees, LGBTQI people, indigenous communities and minority ethnic and religious groups.

Across Europe, for instance, major population blocs are being mobilised against excluded groups. Ethnic and faith identities are being distorted in the name of narrowly defined national interests to sow division for political ends. Elsewhere, as in China and India, excluded groups are being suppressed as part of a conscious strategy to promote a narrow and artificially homogenous official version of national identity.

Groups that represent and defend the rights of such communities – including trade unions, journalists and rights activists – are being attacked and intimidated with gross impunity even in democracies such as the United States and Brazil.

Inclusive policy making that is responsive to the needs of the most vulnerable and seeks to leave no one behind is always damaged by these kinds of crackdowns. After all, civil society organisations not only help propel innovation in policy making, but in many instances also take responsibility for delivery of services on the ground in line with the needs of local communities. Notably, civil society activists and their organisations perform a watchdog role over public resources which often makes them a target for attacks. When civic space is constrained, sustainable development is compromised. Worryingly, human rights defenders uncovering corruption, advancing labour rights or challenging environmental degradation are particularly vulnerable as are those seeking to advance good governance, equality and rights of excluded populations such as indigenous peoples. The human rights organisation Frontline Defenders has documented targeted killings of 321 human rights defenders just last year.

So how do we defend civil society space and so improve global governance? A stronger partnership between civil society and the United Nations would go a long way. And such a partnership would need a champion. Just as human rights within and outside the UN system is championed by a High Commissioner for Human Rights, and youth is championed by the Secretary-General's Envoy on Youth, so too the relationship between the UN and civil society needs a senior member of staff to lead and shape it.

In 2004 a Panel of Eminent Persons on United Nations–Civil Society Relations headed by Fernando Henrique Cardoso recommended that the UN establish “an Under-Secretary-General in charge of a new Office of Constituency Engagement and Partnerships” - in other words a senior member of staff to act as a focal point for civil society at the UN. This proposal built upon similar calls in Erskine Childers and Brian Urquhart’s 1994 study “Renewing the United Nations System” and has formed the basis of subsequent calls from CIVICUS, UNA-UK and others.

Civil society has been an indispensable partner to the United Nations, not only in terms of norm setting and adherence to values but also in supporting the delivery of programmes with legitimacy. And the UN in turn has the capacity to be a bulwark against restrictions on space for civil society. But this deeper partnership will require better resourcing, a greater degree of senior leadership involvement, and above all more sustained coordination than the UN -- the organisation of “we the peoples” -- has yet shown. This is why it is so vital that such a post be established.

Lysa John is Secretary-General of the CIVICUS World Alliance for Citizen Participation. She has worked on issues of governance accountability and social justice since 1998. Most recently Global Campaign Director for Save the Children, she previously served as Head of Outreach for the UN High-Level Panel on the Post-2015 Agenda.  Mandeep Tiwana is CIVICUS’ Chief Programmes Officer. Elements of this article are adapted from the pieces “Time to Act” by Lysa John in Sustainable Development Goals 19/6/19, and “Human Rights, Participation and the 2030 Agenda” by Mandeep Tiwana on the Oxford Human Rights Hub 13/2/19